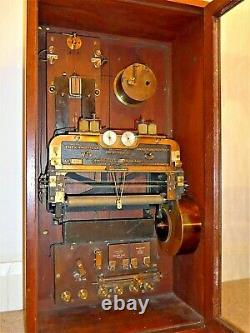 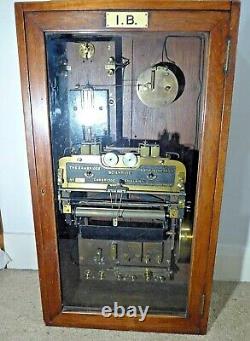 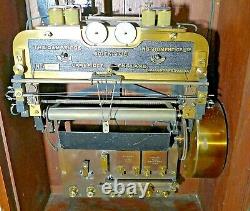 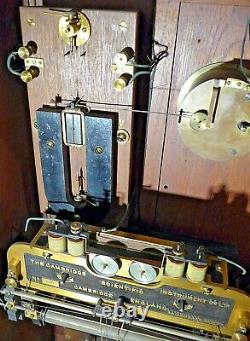 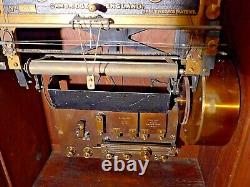 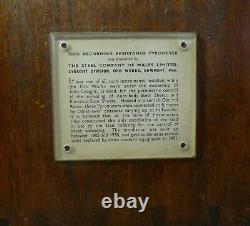 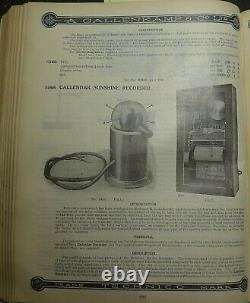 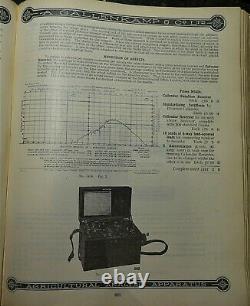 For sale is a very rare Recording Galvanometer made by the Cambridge Scientific Instrument Co. It is housed in a glazed oak case measuring.

High by 41cm wide by 20cm deep. It was used as a pyrometer and several of these instruments are in the collection of the Whipple Museum of Science, Cambridge University. Based on dated examples in the museum catalogue, this is instrument, number 220, is a fairly early one dating to around 1905. Hugh Longbourne Callendar (18631930) in 1897 and records small changes in either resistance or voltage generated by an external heat sensor. The input signal is amplified, allowing it to move a pen recorder. It can only be described as an ingenious and fairly amazing contraption incorporating, as it does, a galvanometer, a Wheatstone Bridge and no less than four clockwork motors. Even so, these instruments remained in use for the best part of 50 years until the 1950s. A museum plaque affixed to the side of the case indicates that this recorder was used at the Orb Works of The Steel Company of Wales. Its principle of operation is somewhat complicated to describe, but essentially uses a moving coil galvanometer incorporated into a Wheatstone Bridge the slider of the Wheatstone Bridge has the recording pen attached to it, and is moved to the left or right by two clockwork motors. It is essentially a servo-mechanism and the pen stops when the Wheatstone Bridge reaches balance. The third clockwork motor operates a self cleaning spinning platinum edged contact disc for the galvanometer needle and the final clockwork motor operates the recording drum holding the paper roll.

It was an expensive instrument in its day. Please note that the photos form part of the description. Due the weight and fragility of the instrument, it will need to be collected from London NW3. Any questions or for further photos - please ask.

The item "Rare Cambridge Instruments Recording Galvanometer (Circa 1905)" is in sale since Monday, April 19, 2021. This item is in the category "Antiques\Science/Medicine\Scientific Instruments". The seller is "amperesand" and is located in London.

This item can't be shipped, the buyer must pick up the item.