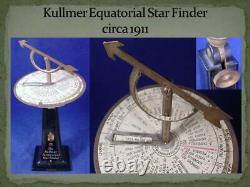 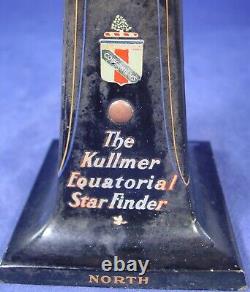 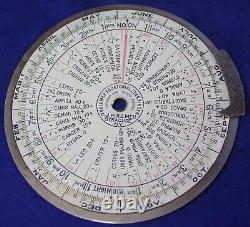 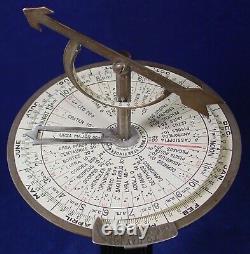 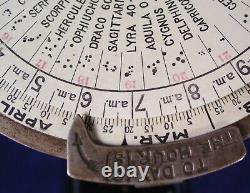 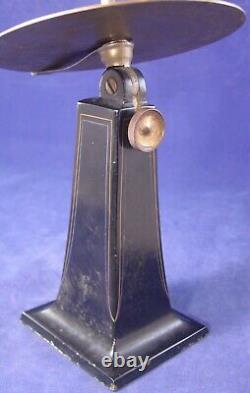 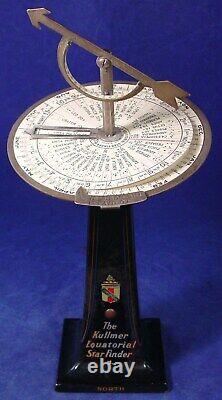 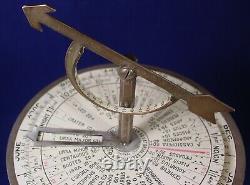 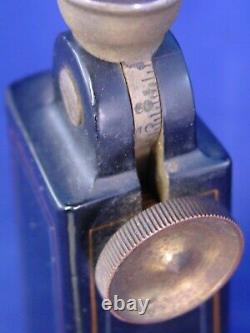 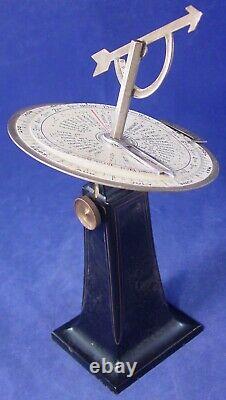 Nice cosmetic condition star finder dates to. Appears complete but when I put it together it sure seems like something might be missing in the guys for how it is supposed to function. Excellent display piece and rare collectable, I have owned and displayed it with my antique telescope for many years. Here is some information on C.

Charles Julius Kullmer was born in Sedalia, MO March 5, 1879 and died in 1942. He was a German Professor and Syracuse University in New York. He invented the Kullmer Equatorial Star Finder and it was patented in 1910. Biography by Kullmer from the Harvard Class of 1900.

Address: 505 University Place, Syracuse, N. AFTER finishing the required A.

Work in 1899 I went to Hei­tdelberg, where I studied two years. Degree in August, 1901, at Tuebingen, with a dissertation on Lessing.

On three of these trips I carried on a rather extensive investigation into the sources of Goethe's popular epic, Hermann und Dorothea. In my teaching I have made a specialty of scientific German. Besides travel my recreation has been principally natural sciences, especially astronomy and meteorology. I received a patent on an astronomical instrument,''The Kullmer Equatorial Star Finder, which is the first star finder that points out the stars; three models have been marketed.

In meteorology I have been working on the storm tracks of the United States and Europe; the results I presented at meetings of the Association of American Geographers at Wash­ington and Princeton. I was invited by the government to present this work at the Second Pan-American Scientific Congress at Washington in Dec. In this work I discovered the new law that storms in the United States take a much more northerly track during years of maximum solar activity than during years of minimum activity; I showed that this holds good for the four sun-spot periods covered by our records.

In 1916 I was awarded a patent on an alarm clock for ringing minutes for use in manufacturing processes and cooking especially; the Scott Clock Corporation has recently been organized to manufacture a new alarm clock based on this and another basic patent. In the summer of 1917 my father and mother and I took an automobile camping trip from Syracuse to San Diego, up the coast to Seattle and back to Syracuse, over 10,000 miles in ninety-nine days, visiting our former homes in the West and taking in almost all the national parks; we had almost no trouble and camped seventy-three nights out of the ninety-eight spent on the trip. The star finder is really a constellation finder. The pedestal is pointed north, you incline the round platform to equal your latitude as graduated at swivel head. It should be Polaris oriented now. Next adjust the date and time circles to the current date and time. If the constellation Orion is your target, then rotate inner pointer ring to Orion and note the + or - degree setting listed for Orion and move just the arrow to match that number. Now the arrow is pointing to Orion and you found it.

Constellations are tens of degrees in size, so it is close enough. Reminds me of a typical DIY Edmund Scientific cardboard product from the 60s. Although it is called a star finder it isn't. The modern version would have a green laser pointer in place of the metal arrow.

Then at a glance you can follow the beam to point at constellation X. The item "Kullmer Equatorial Star Finder circa 1911" is in sale since Saturday, December 19, 2020. This item is in the category "Antiques\Science & Medicine (Pre-1930)\Scientific Instruments\Other Antique Science Equip". The seller is "klony" and is located in Kalispell, Montana. This item can be shipped worldwide.