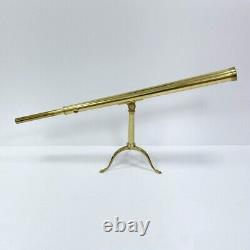 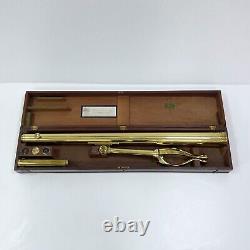 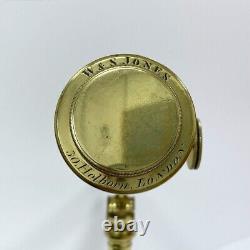 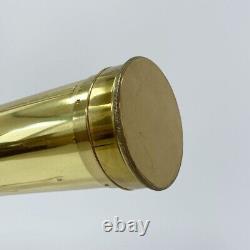 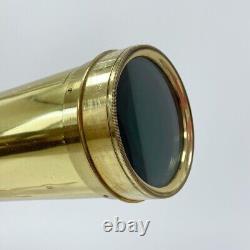 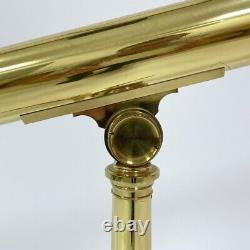 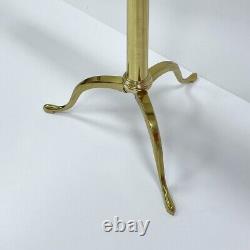 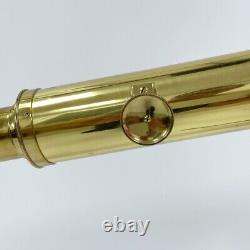 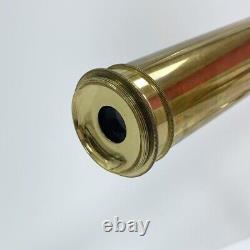 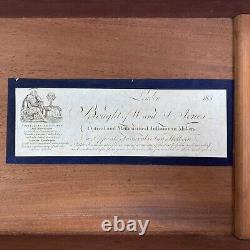 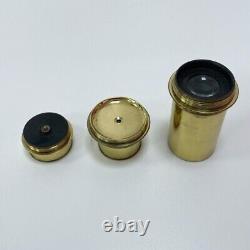 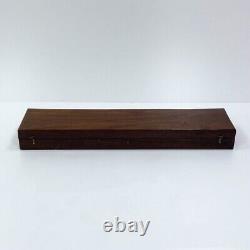 For sale an early Nineteenth Century Library Telescope on Stand by W&S Jones of 30 Holborn London. This large and well-proportioned early example consists of a 110cm tapering main barrel with separate screw-in eyetube and a fine focus secondary tube which is operated by means of a knurled brass screw to the side. It has a 3 objective lens with original dust cap and three additional eyetube lenses contained within the case. The collar of the tapered end is engraved to W&S Jones, 30 Holborn, London. And retains its original screw in dust cap which would have been inserted when not in use.

All instruments of their manufacture are of the best possible workmanship and constructed after their genuine theories. For particulars see their catalogue. The list of products continues. Spectacles, Telescopes and Micrscopes of the best construction - Portable orreries and globes with the latest discoveries. Sextants, quadrants & all other nautical instruments.

Books explanatory of all the various articles. Note: Charles Dickens was resident at Furnival's Inn during the 1830's and it is where the Pickwick Papers were written. The famous Jones establishment must have been a familiar sight to this young and enterprising writer.

The firm of W&S Jones was begun by William & Samuel's father John Jones in 1759 who worked as an optician and scientific instrument maker. Some accounts suggest that John died in 1788 but it is clear from letters written to the American President Thomas Jefferson that their father had in fact retired and moved to the county by 1792. The first letter in 1788 concerns the supply of thermometers and is signed William Jones and the second in early 1793 relating to the supply of orreries confirms to Jefferson the retirement of John and the continuation of business by the brothers William & Samuel. William would have previously been known to Jefferson (who seems to have been a client of some longstanding) as he had earlier been in business with his father as Jones & Son from 1784.

Although it is somewhat unclear, William is considered to have been apprenticed to Benjamin Martin and later worked for George Adams the younger. Following their father's retirement, the brothers, "considerably an expanded" the business being one of the first instrument making companies to take advantage of wholesale advertising by means of catalogues. Following the bankruptcy and death of Benjamin Martin in 1782, the company had already benefitted from reduced competition, but the death and subsequent sale of George Adam's (the younger) property further extended their hold on the market.

Spearheaded by William, the firm's approach to advertising allowed it to become one of foremost scientific instrument suppliers of the early nineteenth century and they continued to create scientific pamphlets throughout their trading history. As is evidenced by their communication with Thomas Jefferson, they were also adept at overseas trade and it is known that the company also provided a full laboratory set up to Harvard in the US. The company began trading at 135 Holborn but moved to 30 Holborn in 1800 where they continued to trade until 1859. William Jones had died by 1831 but the firm was maintained by Samuel under the same name until his death in 1859. The brothers died without children and the business was closed upon Samuel's demise.

A lovely example with design and proportions that are more akin to the late Eighteenth century. The serial number would also suggest that this is an early example of their work at the 30 Holborn address. Jason Clarke Antiques are happy to discuss carriage, condition or for any other queries, alternatively, you can also message us and we will endeavour to come back to you as soon as possible. This item is in the category "Antiques\Science/Medicine\Scientific Instruments". The seller is "jason750_1" and is located in this country: GB.