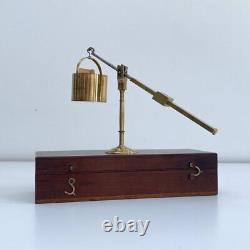 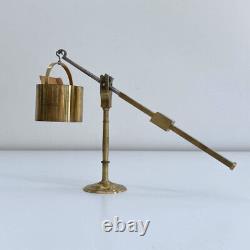 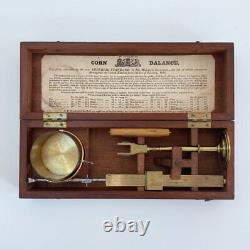 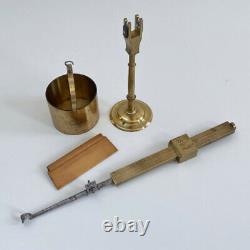 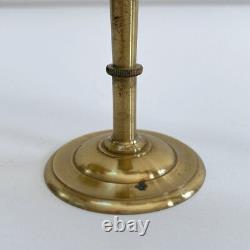 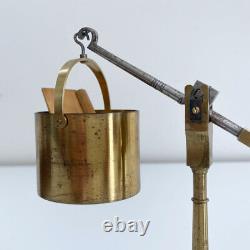 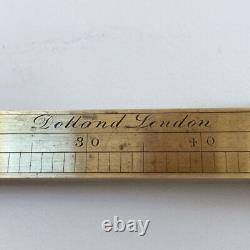 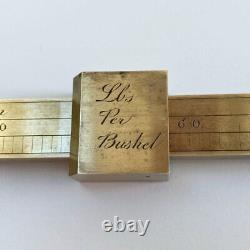 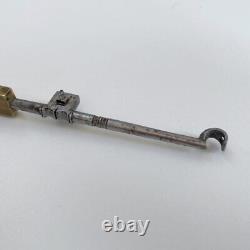 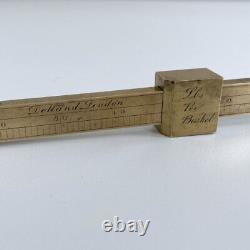 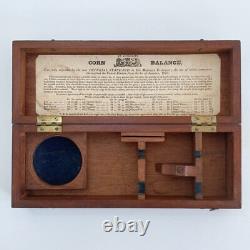 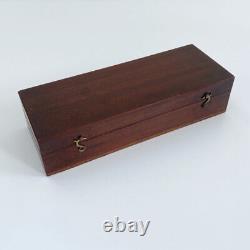 For sale, an early nineteenth century chondrometer or corn balance by Dollond, London. The English chondrometer was devised following an Act of Parliament on the 1. Of January 1826 introducing the imperial form of measurement under George IV. This steelyard type scale was primarily used as a measure of the bulk density of grain and therefore quality of the product.

To use the scale, the brass measuring cylinder was placed upon the scale arm and filled to the brim with a sample of grain and levelled using a straightedge known as a strickle. The weight was identified by means of the sliding weight on the arm of the scale and was repeated a number of times to ensure accuracy of measurement. The outcome would determine price and space required to store the crop in question. This early example is of superb quality and is housed within its original mahogany case with original instructional label to the interior of the lid, giving bushel conversions for seventeen different types of seed.

The scale is constructed from a turned brass stand, brass measuring cylinder and scale arm engraved with measurements in pounds and signed to Dollond, London. The weight is incorporated onto the arm and is further engraved with, "pounds per Bushel". The Dollond Company was set up in Hatton Garden in 1750 by Peter Dollond with his father John joining him shortly after. John Dollond's invention of the achromatic lens (although bitterly disputed) led to his award of the Copley Medal by The Royal Society in 1758 and following this success, Dollond moved to The Strand where the company was appointed optician to George III and the Duke of York in 1761. John Dollond Senior died in the same year, however the business was continued by the brothers Peter and John Dollond (P&J Dollond).

Following the death of his brother John in 1804, Peter Dollond took his nephew George Huggins into partnership and after a change in surname, the company contined under a refreshed Dollond partnership until Peter's death in 1820, the same year that they were jointly made opticians to George IV. The company continued its association with royalty and went on to win a Great Exhibition Medal in 1851, a year before George's death. His nephew (also George) succeeded in the ownership until his death in 1866 wherafter his son William continued to run the business.

After this point a partnership was formed between Chant and Tyson Crawford (as Financial Controller) with the latter taking sole ownership in 1892 until his retirement in 1903. Having suffered from the effects of the First World War and further compounded by poor management, the company was finally merged with Aitchison & Co in 1927 whereafter it became Dollond & Aitchison.

It remained a familiar site on the British High Street until 2009 whereafter it became part of Boots the Opticians. Jason Clarke Antiques are happy to discuss carriage, condition or for any other queries, alternatively, you can also message us and we will endeavour to come back to you as soon as possible. This item is in the category "Antiques\Science/Medicine\Scientific Instruments". The seller is "jason750_1" and is located in this country: GB. This item can be shipped to United Kingdom.