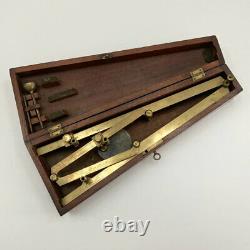 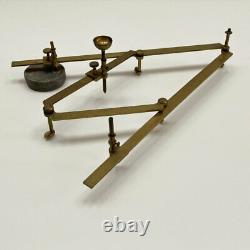 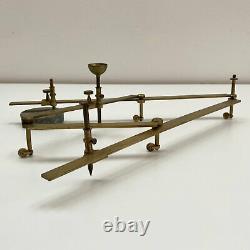 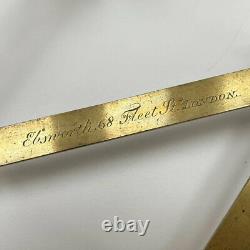 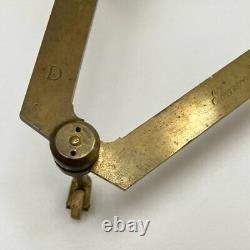 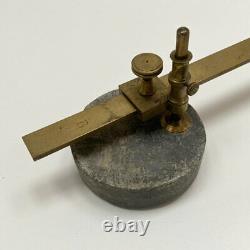 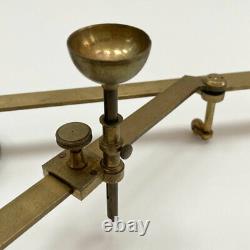 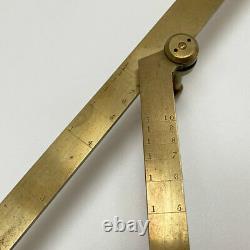 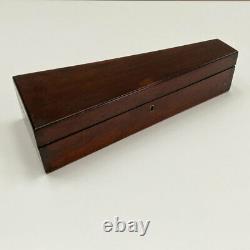 The extended limbs either end have a fixed lead weight at one end to create a fixed point for the instrument with the other containing a pencil holder. The central axis between has a secondary pen holder from which an original drawing can be traced.

The movement of the central pen on the mechanism causes the pencil at the far end to trace an exact image but in enlarged form. Both the lead weighted fixed point and the central pencil hold can be side adjusted along the bar length in order to inform the scale of the enlarged copy being produced.

This example is in good original condition and comes complete with its original bone castor feet and lead weight. It is engraved along one limb simply to, "Ebsworth 68 Fleet Street, London" and has further scale measurements for accurate setting and adjustment of the instrument. The mahogany hinged and fitted case also remains in good solid condition.

A great example from a Fleet Street maker. Richard Ebsworth's history remains somewhat undocumented in the records, he traded initially at 41 Fleet Street from around 1820 although it is not known with whom he was apprenticed expect that he seems to have been affiliated with the Barber's Guild.

He moved to the 68 Fleet Street address in 1824 and took his sons George and Thomas as apprentices. Three years later his final address is documented as 54 Fleet Street in 1827 where after the records cease.

The National archives retain Richard Ebsworth's will of 1828 suggesting that he died rather early and according to the will, prior to his sons being capable of taking over the business. This is the likely reason his career is less well documented, however, during his short period of trading, the quality of his output was very good as is represented by this example and other extant instruments which have passed through British salerooms in the past. Jason Clarke Antiques are happy to discuss carriage, condition or for any other queries, alternatively, you can also message us and we will endeavour to come back to you as soon as possible.