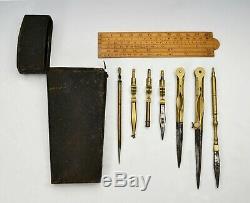 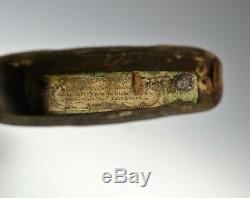 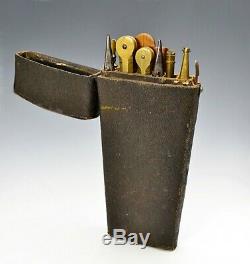 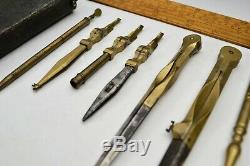 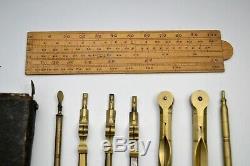 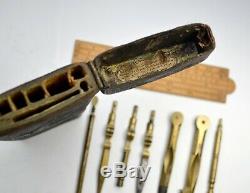 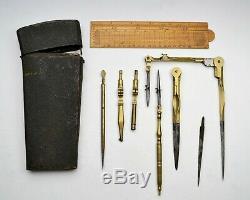 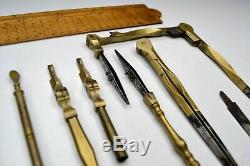 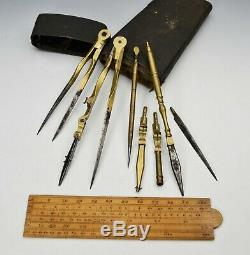 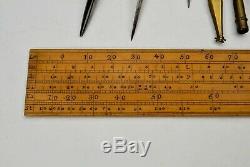 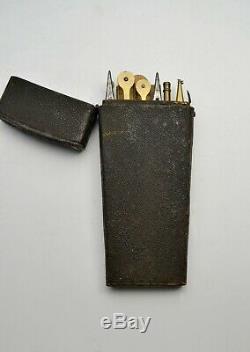 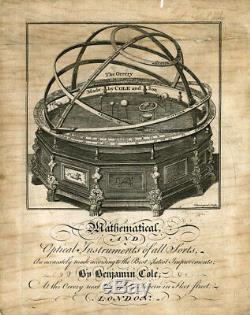 Instruments include a brass scribe, pen with pricker, small dividers, and large dividers with 3 matching attachments each with a flexible joint that turns over 90 degrees. Three instruments have an early boxy style of steel butterfly thumbscrew. The plain shagreen case contains a label reading Made by Benjamin Cole at the Orrery next the Globe Tavern in Fleet Street London.

Instruments and case are in excellent condition, label has been damaged by contact with the instruments but is legible. (16951766) was a well known English surveyor, cartographer, and instrument maker. Cole made a wide range of instruments that can be seen in museums throughout Britain.

He was apprenticed to Thomas Wright, operating the firm of Wright & Cole until 1748 when Cole succeeded Wright. Cole conducted business between 1748 and 1766 from the Orrery next (to) the Globe Tavern in Fleet Street London, see his trade card in the image gallery.

The item "Early Shagreen Cased Drawing Instruments Signed Benjamin Cole, Circa 1750" is in sale since Sunday, February 23, 2020. This item is in the category "Antiques\Science & Medicine (Pre-1930)\Scientific Instruments\Other Antique Science Equip". The seller is "instrumentumantiques" and is located in Los Angeles, California. This item can be shipped worldwide.